Only a few days are left until our new release, The Servants and the Beast, is out on Friday, June 28th  (pre-order your copy!)  As release day approaches, we’re introducing you to the authors and characters of this collaborative novella. 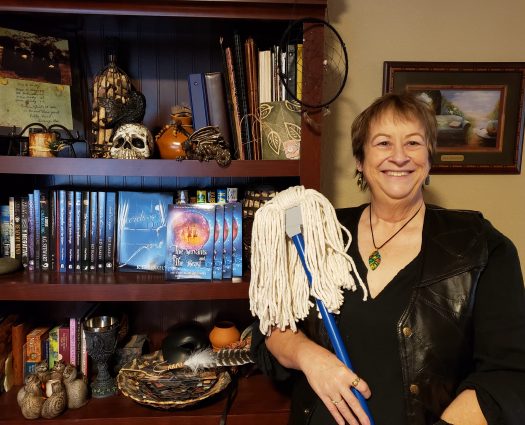 Karen Blakely is here with her character Lady Jayne Beatrice Anne Smythe, once the Queen’s secretary and now a bookcase after the curse took effect.  The two are joined by Robert, a footman who wishes he’d been turned into something more formidable than a mop.  Even so, Lady Jayne quite likes Robert…  These two narrate Chapters Seven and Eight, as the curse drags on and the servants grow ever more desperate.